Keep up to date with our latest offers, promotions and voucher codes, by signing up to our newsletter:

The are no products in your cart.

The are no products in your cart.

QD Commercial Group Holdings signed up to the nook business network in April 2015, pledging to raise £25,000 to help EACH build a new children's hospice for families in Norfolk. Since then the company have worked hard with stores across the region raising money via skydives, bake sales, head shaves, coastal walk challenges, climbing the O2 and much more.

On Wednesday 12th July 2017, Associate Director of Trading James Collins and Co-ordinator David George from the QD Group presented EACH Fundraiser Sophie Mayes with a cheque for £37,630. This, combined with a cheque for £14,000 presented last year, brings the total raised by the discount retailer to £51,630.

However, fundraising activities at the retail group really took off and, after deciding to retain EACH as its corporate charity for a further two years, QD has just announced the grand total raised comes to £169,278.

Funds have been raised for EACH through various staff and customer-led fundraising activities including sponsored events, staff pledges and donations. The total includes this year’s donation of £28,000 which QD raised by donating the money charged for plastic bags across its East Anglian stores and through collection tubs at the tills.

EACH launched the nook appeal in November 2014. The appeal aims to raise £10 million to transform children's palliative care across the county, which includes a new purpose-built hospice 'the nook' on a 5-acre woodland site in Framingham Earl just south of Norwich.

Find out more about EACH here. 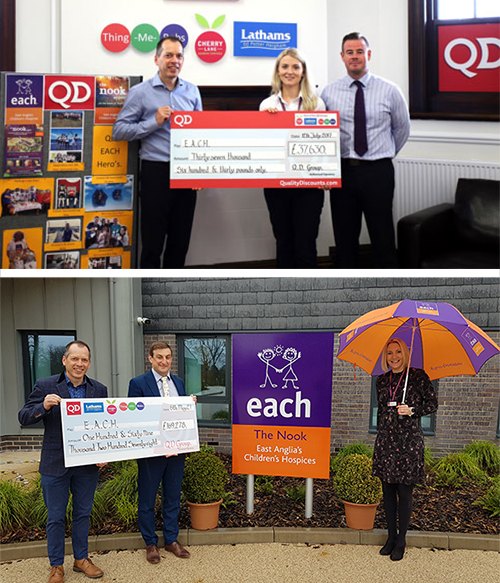 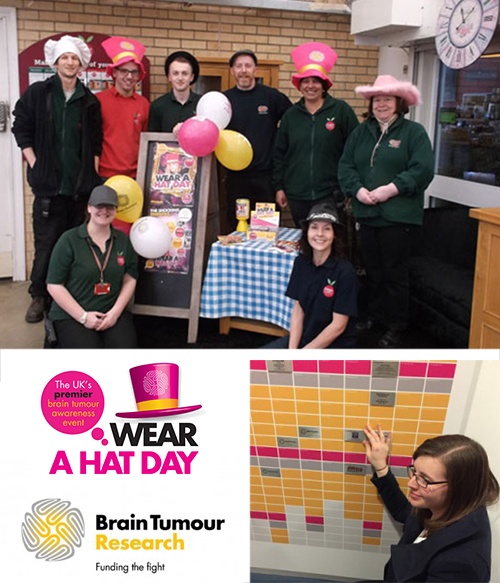 The QD Group have for several years been supporting the Brain Tumour Research Campaign with their nationwide fundraising campaign, Wear A Hat Day.

All stores within the QD Group participate throughout March by selling collectable pin badges and wristbands, supported with dedicated posters displayed in-store.

We're very proud that over the last 3 Wear A Hat Day events, the QD Group have raised over £7,544! This amazing amount has enabled the Brain Tumour Research charity to fund the equivalent of two full days of research at one of their Centres of Excellence, which was recognised in November when two tiles were placed on the Wall of Hope at the Brain Tumour Research Queen Mary University of London Centre of Excellence by a representative of the QD Stores Group.

Brain Tumour Research is committed to funding sustainable research into brain tumours: the biggest cancer killer of children and adults under the age of 40. It supports the UK’s largest dedicated group of laboratory-based scientists progressing world-class research into brain tumours, to improve treatments, survival rates and quality of life for patients and ultimately find a cure.

We use cookies, which are small text files, to improve your experience on our website and to show you personalised content.
You can allow all or manage them individually.